When two people have made an entire album where every single sound is made using a washing machine, you can't not own it

“When two people have made an entire album where every single sound is made using a washing machine, you can't not own it,” says Acaster.

“When I originally bought it, it was just for the concept. They sampled the sounds the washing machine makes; they used it as a percussive instrument; they had friends come over and see what sounds they could get out of it. The whole album lasts the amount of time it takes their washing machine to complete a cycle.

Hanba! is a band from Krakow, Poland, who set out to make an album that transposed the world of punk, with all its aggression and rebellion, to 1920s Poland. 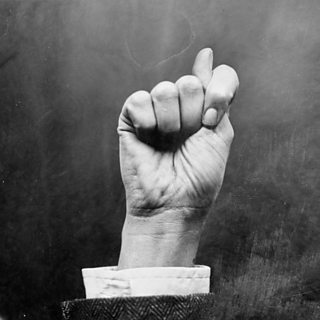 They’re kicking out against everything and being as snotty as possible.

“The concept for this album is, ‘What if punk was invented in Poland in the 1920s’,” says Acaster.“

It’s a long album for a punk album. It’s not just ten quick songs and out. I guess maybe they had more to be angry about than people in Britain in the 1970s.”

The official description of this album says: “the sound of British summertime as heard by one of the most important members of the animal kingdom – the bee”. That was enough for Acaster. 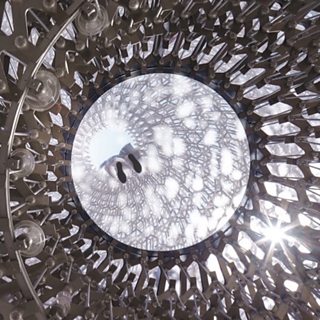 they got a beehive and recorded it for a whole album...Well, you’ve got to hear that, haven’t you?

“This was introduced to me by (comedian) Mark Olver,” says Acaster. “He said, ‘It’s the guys from (rock band) Spiritualized and they got a beehive and recorded it for a whole album. The beekeeper’s wife figured out the bees were humming in the key of C, so she played the cello with them’. Well, you’ve got to hear that, haven’t you?

It was originally part of an art installation [in Milan]…There are bits that are quite meditative but also bits where there are actually quite catchy hooks. It’s very cool that the guys from Spiritualized are involved, but it’s also very cool that the beekeeper’s wife was involved…and of course it makes you think about lots of other things. Bees are permanently topical.”

This is the most genuinely weird album on Acaster’s list: an aggressive blast of spoken-word poetry, dreamt up by a father and daughter who miss each other’s company. 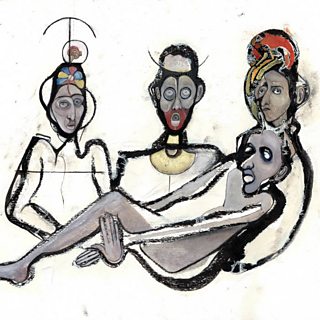 Every now and again I just think it’s too loud, like an old man.

“This album is what most people would consider weird,” says Acaster. “It’s difficult. The idea behind it is pretty basic though: Yeah You are a father-daughter duo who used to record exclusively in their car while they were going to and from the shops – I presume someone else was driving. The daughter would sing and the dad would improvise instrumentals. It’s quite shouty spoken word.

This album was made when the daughter went to university in Vienna. They used to hang out all the time and suddenly that wasn’t a part of their life anymore. Every time he would visit her they’d record a song.

This album then is a father and daughter adjusting to not seeing each other.

I was surprised that I liked it. I like the way her voice sounds over instrumentals. The only thing I don’t fully get on with is the instrumental, which is very low-fi and noisy. Every now and again I just think it’s too loud, like an old man.”

Two quite mainstream artists are mashed together on this album, on which country singer Shooter Jennings re-imagines the music of disco producer Giorgio Moroder. 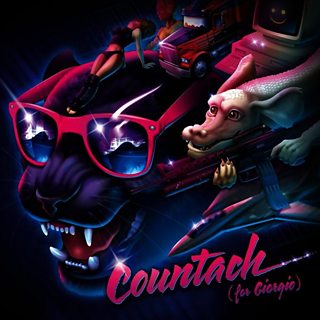 Albums like this remind me how enjoyable and delightful an album can be.

“This one is weird because it exists, not because it sounds weird,” says Acaster.

“Shooter Jennings is a country musician who I’m personally not a fan of, but he has a very large audience…He’s always been a huge fan of Giorgio Moroder and decided he wanted to do a tribute album.

The challenge for him is, ‘I don’t play these kinds of songs, but I’m going to try. Moroder’s my favourite, so I’m going to try to be as good as someone who’s iconic to me’. Some of the choices are inspired. He chooses Marilyn Manson to sing Cat People (originally sung by David Bowie) at the end. You wouldn’t think Marilyn Manson would sound anything like David Bowie, but he does!

I think every musician should at some point do something that is a completely different genre to what they usually do and completely out of their comfort zone…Albums like this remind me how enjoyable and delightful an album can be. It was a nice reminder my 2016 project wasn’t just a massive waste of money.”