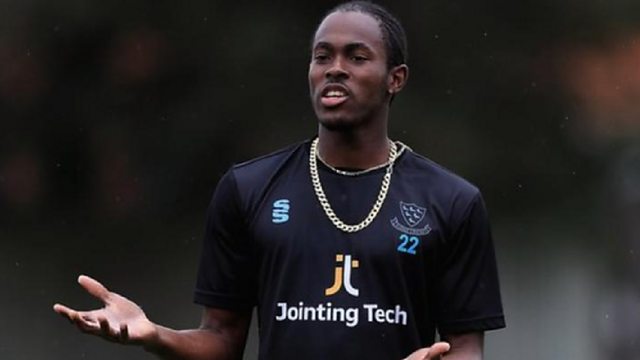 England cricketer Jofra Archer has told BBC Radio 5 Live he's going 'a bit mad' not playing cricket and would return to action 'tomorrow' if he could.

Speaking to Nihal Arthanayke, the fast bowler said: 'I was injured in January so, I’m already a few months more rested than a few of the guys, so I think it’s probably affecting me a lot more than it is them.'

This clip is from Nihal Arthanayake on Tuesday 12 May 2020.

This clip is from

More clips from In Short